An Overview History of Breckenridge 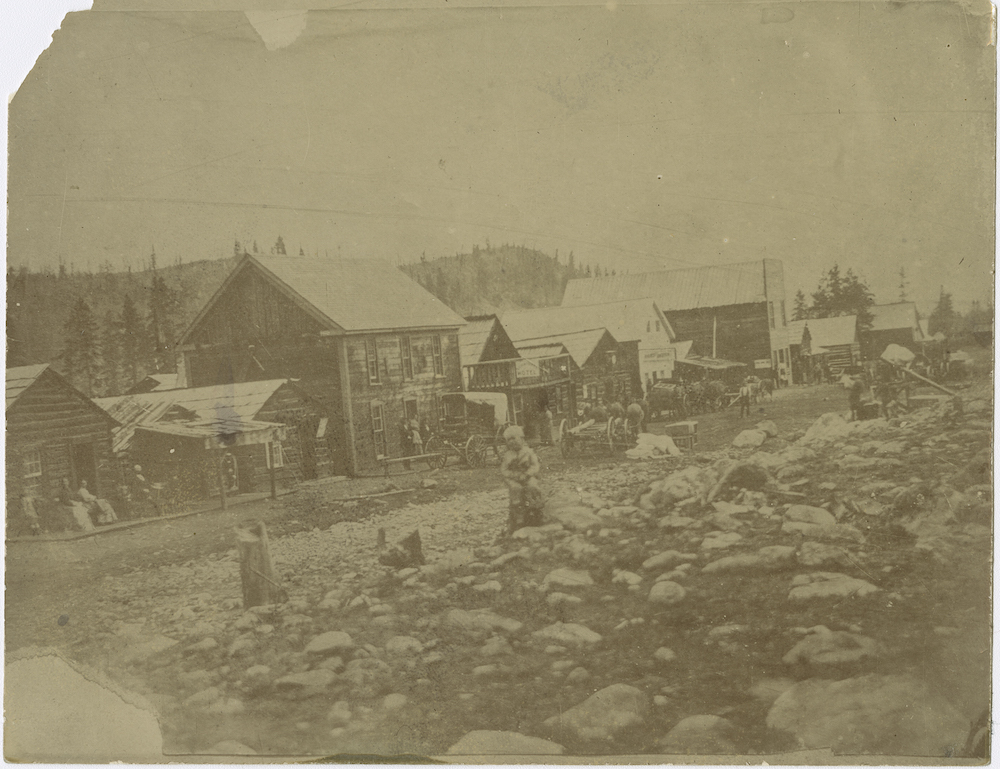 The Breckenridge Heritage Alliance is the leading authority on the rich and colorful history of Breckenridge, CO. We are a small non-profit with a dedicated and passionate team of staff, volunteers, and historians. Part of our mission is to share our town’s heritage with the public and we offer museums, tours, hikes, and gold panning here in charming Breckenridge. For those who prefer a good read or can’t make it to Breckenridge to visit us, we’ve written essays on various topics. Please read on for the brief history of Breckenridge, CO and then click on the links below for more detailed information.

Long before white settlers from the east crossed the Continental Divide, the area that would become Breckenridge was part of the summer hunting grounds of the nomadic White River and Middle Park Ute Native Americans. Although there were a few white trappers, mountain men, and traders roaming the area as early as 1840, the establishment of a town was the result of America’s mid-nineteenth-century rush to settle the West. By 1859 the Pike’s Peak Gold Rush was on, and discovery of gold in the Breckenridge area brought miners and fortune seekers to the “Blue River Diggings.”

Intent upon locating in the Blue River Valley near Fort Mary B, General George E. Spencer’s prospecting company founded Breckenridge in November of 1859. By June of 1860, a U.S. post office had been granted, and a single row of log cabins, tents, and shanties lined the banks of the Blue River. A Denver, Bradford, and Blue River Wagon Road Company connection was secured in 1861, giving lifeblood to the infant community.  Breckenridge soon boasted several stores, hotels, and saloons and became the permanent county seat of Summit County, Colorado. A log cabin on the main street became the clerk and recorder’s office in 1862.

By 1862, the Civil War and increasing difficulty in locating free, accessible gold began to clear the camp of prospectors. Individual miners and mining companies consolidated their holdings. While there was some early hydraulic mining in the local gulches, including Lomax, Iowa, and Georgia, the mid-1860s saw a change in the character of the local mining industry. The days of the lone prospector were gone, and by 1870 the population of Breckenridge had plummeted to 51. Breckenridge was quiet and would remain so until large-scale hydraulic mining created a boom in the early 1870s.

In 1879, rich silver and lead carbonates were discovered, and fortune hunters once again invaded Breckenridge.  Miners, merchants, and professionals migrated to the mining camp for a different reason than in 1859. This time it was for silver rather than gold. Breckenridge became an important hard-rock mining location and a prominent supply center. There was plenty of “elbow room” to grow, and the community organized and incorporated a town government in 1880. An ambitious grid was laid out for the 320-acre town site. Breckenridge’s wide, main street easily allowed freight wagons to turn around, and soon it became the center of social and athletic activities. During this mining heyday, the downtown provided miners with a variety of attractions. Without diversions, life in the mining camp would have been an endless cycle of routine work.

In 1882, a depot site for the Denver, South Park, and Pacific Railroad was secured, bringing rail service to the community. Breckenridge’s success doomed other rival mining camps, including Swan City, Preston, and Lincoln City. The railroad route over 11,481-foot Boreas Pass was a particularly difficult segment, and  keeping the tracks clear of snow was necessary to reach the remote Breckenridge. location. The winter of 1898-99 proved particularly challenging when a record heavy snow fell. Using a rotary snowplow and multiple engines, the track was finally cleared on April 24, and service resumed after a 78-day snow blockade. In town, residents tunneled through the snow to get from one business to another during that heavy snow year.

By 1882, the town had added three newspapers, a schoolhouse, and a cemetery. Breckenridge reigned as queen of the Summit County mining towns. The townspeople had also managed to organize three fire companies to protect the very vulnerable wooden structures. Nevertheless, a major fire in 1884 destroyed a number of buildings along Main Street and Ridge Street. Despite the fire danger, local carpenters continued to build with wood because of the availability of materials and the reduced time, effort, and cost of construction. Few masonry buildings ever appeared in Breckenridge. The town’s architecture consisted primarily of Victorian-era log houses, frame cottages, and simple clapboard, false-fronted buildings. In 1887 the largest piece of gold found in the State of Colorado at that time was discovered near Breckenridge. Hard-rock miner Tom Groves walked into town cradling a 13-pound troy bundle that was appropriately named Tom’s baby, and, once again, Breckenridge was the place to be.

The region was home to one of the most famous Methodist ministers in Colorado history—Reverend John Lewis Dyer.  Known as the “Snowshoe Itinerant,” John Dyer walked and skied his way through the mountains, bringing the gospel to those who might not otherwise hear it.  Carrying heavy canvas sacks of mail over the snow-packed mountain passes, Father Dyer earned enough money to pursue his missionary work in Breckenridge. In 1880, he built Breckenridge’s first church, now located on Wellington Road.
Dredge Mining and the early 1900s

By the turn of the century the earlier mining booms were over but gold dredging boats, which employed relatively few people, began operating in 1898. They worked the valley floor’s creeks and riverbeds for over twenty years. Town officials believed the Tiger Placers Company would provide jobs during the national depression and allowed the Tiger #1 gold dredge to chew its way through downtown Breckenridge, from the northern town limits to the south end of Main Street. The two-story pontoon boat supported an armature that carried a line of moving buckets that was capable of digging to depths of 70 feet to access gold in the riverbed. The process left rock piles as high as two stories along the Blue River. The dredge also removed all vegetation and displaced any buildings in its path. The riverbed was literally turned upside-down, and much of the landscape was permanently altered. Few of the town’s earliest buildings on the west side of the Blue River survived. World War II finally silenced the dredge on October 15, 1942, and the population in Breckenridge declined to approximately 296 individuals in 1950.

A number of Breckenridge’s historic buildings were also lost during the “postwar” period for a variety of reasons. Some property owners demolished their structures to reduce their tax burden. Other buildings were lost to accidental fires, and some were purposely burned in practice exercises for volunteer fire crews. Some buildings were even torn down for firewood. While economic activity and population declined with the cessation of mining, Breckenridge never became a ghost town. Instead, it remained home to a few hardy, resilient residents.

Skiing, Recreation, and the Eisenhower Tunnel

A decade later, on December 16, 1961, Rounds and Porter, a Wichita, Kansas lumber company, opened the Breckenridge Ski Area, and a new boom era began.  Transportation improvements fueled a new Breckenridge recreation “rush.”  The Eisenhower Tunnel, on Interstate 70, was completed in 1973 and reduced the drive time from Denver to Breckenridge to an hour and a half.  As a result of the relatively easy access from the Denver metro area, the high country’s recreational activities became increasingly popular. For more on Breckenridge’s “modern” history, please reference the Modern Breckenridge Interpretive Plan.

Historic Breckenridge: The Town of Breckenridge is committed to its historic heritage and to the early pioneers who first settled here. Upon arriving in Breckenridge, visitors will note the unique, mining-related architecture that reflects each of the town’s historic phases of development. The Settlement Phase, Camp Phase, and Town Phase are all represented in extant historic buildings. The town’s local period of significance spans from its settlement in 1859 to the shutdown of the last gold dredging operation in 1942.
While there were some elaborately detailed buildings, Breckenridge was a “rough and ready” town, built for function, not for elegance. This sense of a rustic western mining town is evident in the surviving buildings today.