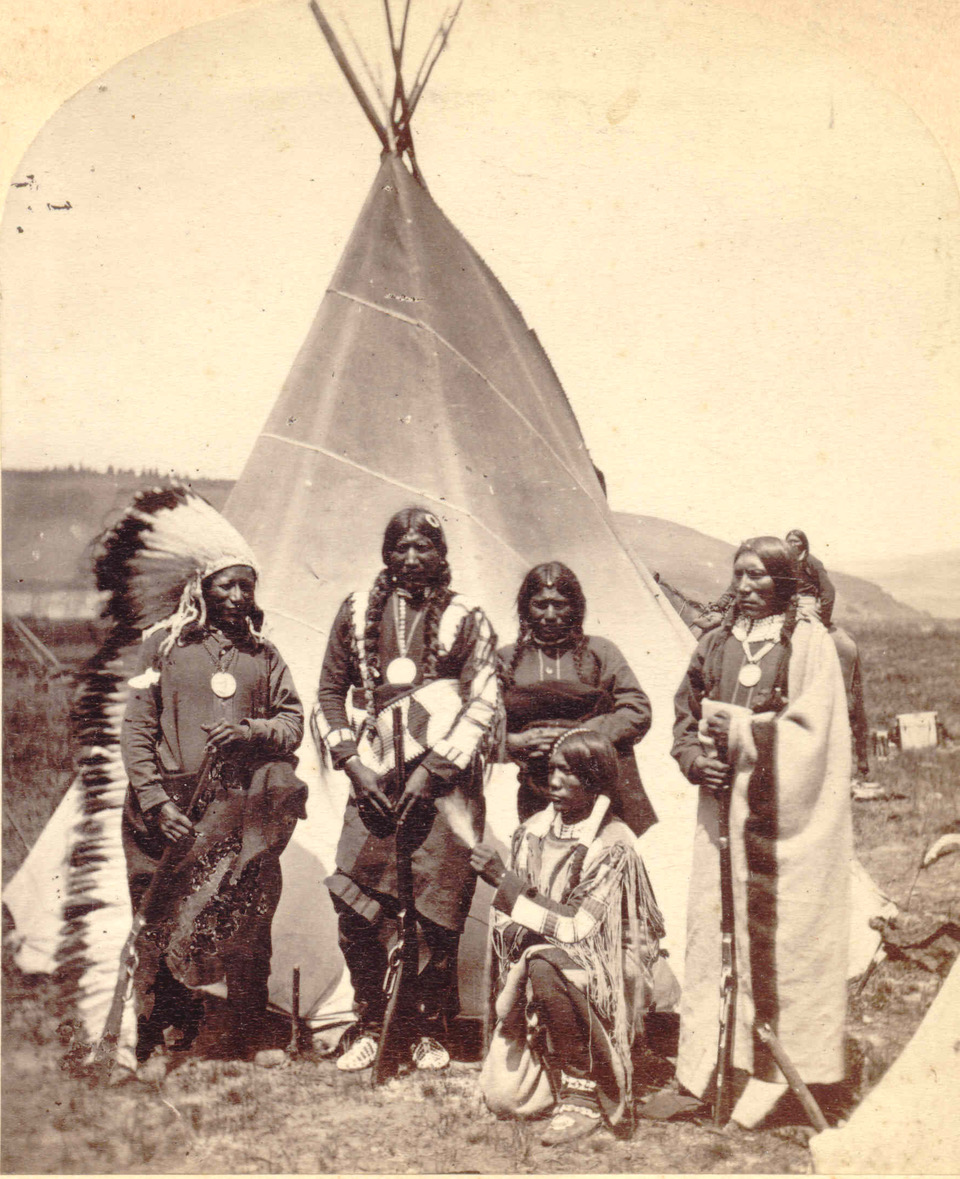 For thousands of years, the nomadic Northern Utes and their ancestors traveled through what is today’s Breckenridge in search of food. They followed bison between summer grazing land on the Blue River and winter quarters at lower elevation (Lower Blue). The passes used by Utes became early wagon roads and present day highway routes. The Utes burned the valley floor each year to encourage the growth of grasses that bison preferred. This tradition changed the vegetative landscape, encouraging the growth of species like the lodgepole pine, whose cones open up after being exposed to heat.

The Utes migrated with the seasons. Men spent summers in the high country hunting elk, bison, antelope and mountain sheep. The Utes acquired horses from the Spanish, which meant a wider hunting area. Women gathered herbs, berries and roots. Rather than carry all their food with them, women stored food in caches along migratory paths.

In summer, the Utes built shelters called wickiups made of brush and willow over a wood frame. Abundant summer food supplies dwindled in the fall so the Utes moved to lower elevations where food remained more abundant on a year-round basis. There were no permanent Ute villages in the Breckenridge area.
The Utes treasured their children, with both men and women sharing responsibility for them. Children spent much of their first year in a cradleboard carried by their mother or a sister.

Men and women wore highly decorated clothing made of hides tanned by women, who then added quills, beads and earth tone paints and fringes to the softened hides. Making and decorating clothing was just one of the roles assumed by women on a daily basis.