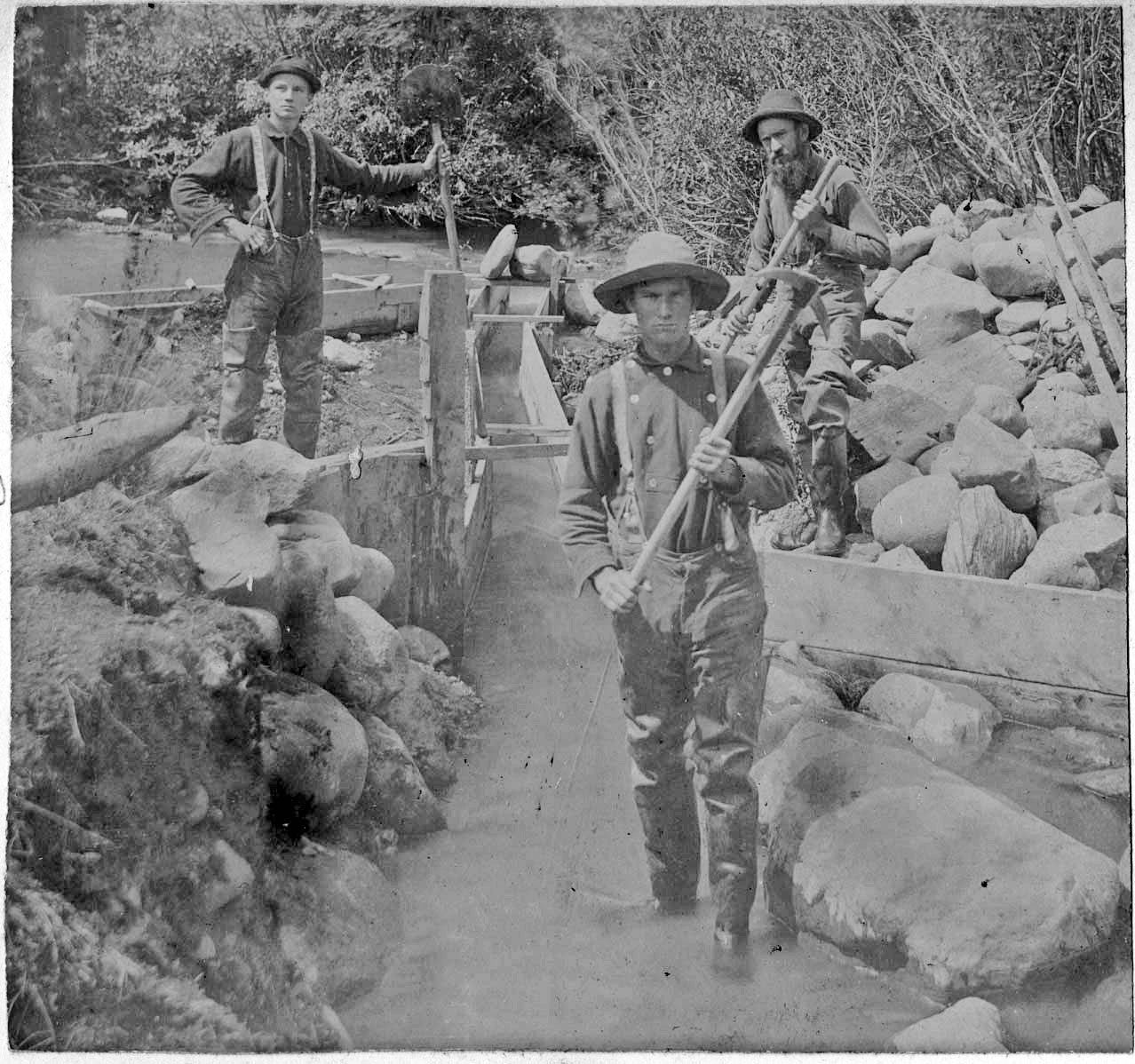 If it weren’t for the glaciers that filled the alpine valleys as recently as 10,000 years ago, the history of Summit County would have been quite different.  Glaciers and running water (rain and snowmelt) eroded gold-bearing rocks in the mountains and carried the flakes of gold into the county’s streams and rivers.  There they settled to the bottom of the deep glacial gravels that filled these valleys to depths as much as 90 feet.  Because the heavy gold settled quickly to bedrock in the waterways, the rushing water did not carry the flakes and nuggets far beyond the confluence of the Blue River, Snake River and Ten Mile creek.  For this reason, most gold mining operations occurred in the southern half of Summit County.

Although prospectors crossed the Continental Divide and panned for gold in the Swan River as early as spring, 1859, the first recorded discovery in the Blue River occurred on August 10, 1859.  A group of prospectors led by Ruben Spaulding crossed Hoosier Pass (then called Ute Pass) and began exploring north along the Blue River.   They recovered 23 ounces of gold worth over $400 in their first day of panning.  Newspapers reported the discovery.  Miners and prospectors invaded the gulches along the Blue, including French Gulch.

At first the prospectors recovered the nuggets and flakes by panning.  They shoveled gravel from the stream bed into their pans.  Holding the pan under the icy cold water, they swirled the gravel to remove waste rock, leaves, twigs, and mud while the heavier gold settled to the bottom of the pan.  Rocker boxes, long toms, and even longer sluice boxes followed.   Three-sided sluices required sawn lumber.  Burlap held in place by wooden riffles nailed to the bottom of the sluice trapped the gold.  Ditches lined with sawdust mixed with manure carried water to the sluicing operation.

Always looking for more efficient ways to extract the gold, miners used high pressure hoses, called giants or monitors to blast the hillsides and wash the gold-bearing soil into the sluices.  Ditches and flumes, miles in length, carried water to the hoses that could swivel 360 degrees and move up and down.  As water flowed downhill and through the ever-decreasing size of the hose, water pressure increased tremendously.

These early prospectors and miners who searched for gold in the form of flakes, and nuggets in waterways were placer (plăss’ er) miners.  The word derived from the Spanish word for “pleasure.”  The free gold could be taken by simple means.  These methods required little in the way of technology.  This first gold boom–the placer boom–lasted until the mid-1860s when the Civil War called many home to serve.  Only after the conclusion of the Civil War would money, men, and methods be available to support the second gold boom of the 1870s that lasted for the next two decades.